On 8 July 2008, UNESCO added the Kalka–Shimla railway to the mountain railways of India World Heritage Site.

The Kalka–Shimla Railway is a 2 ft 6 in (762 mm) narrow-gauge railway in North India which traverses a mostly-mountainous route from Kalka to Shimla. The railway was built in 1898 to connect Shimla, the summer capital of India during the British Raj, with the rest of the Indian rail system. During its construction, 107 tunnels and 864 bridges were built along the route.

The idea of connecting Shimla by rail was first raised by a correspondent to the Delhi gazette in November 1847.

Shimla became the summer capital of British India in 1864 and was the headquarters of the Indian army. This meant that twice a year it was necessary to transfer the entire government between Calcutta and Shimla by horse and ox-drawn carts. In 1891 the 1,676 mm (5 ft 6 in) broad-gauge Delhi–Kalka line opened, which made the construction of a branch line up to Shimla feasible.

Construction of the Kalka–Shimla railway on 2 ft (610 mm) narrow-gauge tracks was begun by the privately funded Delhi-Ambala-Kalka Railway Company following the signing of a contract between the secretary of state and the company on 29 June 1898.

The Chief Engineer of the project was H.S. Harlington.

Due to the high capital and maintenance costs and difficult working conditions, the railway was allowed to charge higher fares than on other lines. Nevertheless, the company had spent 16,525,000 rupees by 1904 with no sign of the line becoming profitable, which lead to it being purchased by the government on 1 January 1906 for 17,107,748 rupees.

Since July 1987, the line has been managed by the Ambala Division from Ambala Cantt.

On 7 July 2011 Indian Railways opened the Baba Bhalku Rail Museum in Shimla to document the history of the railway line and to display related artefacts.

Trains plow on track are; 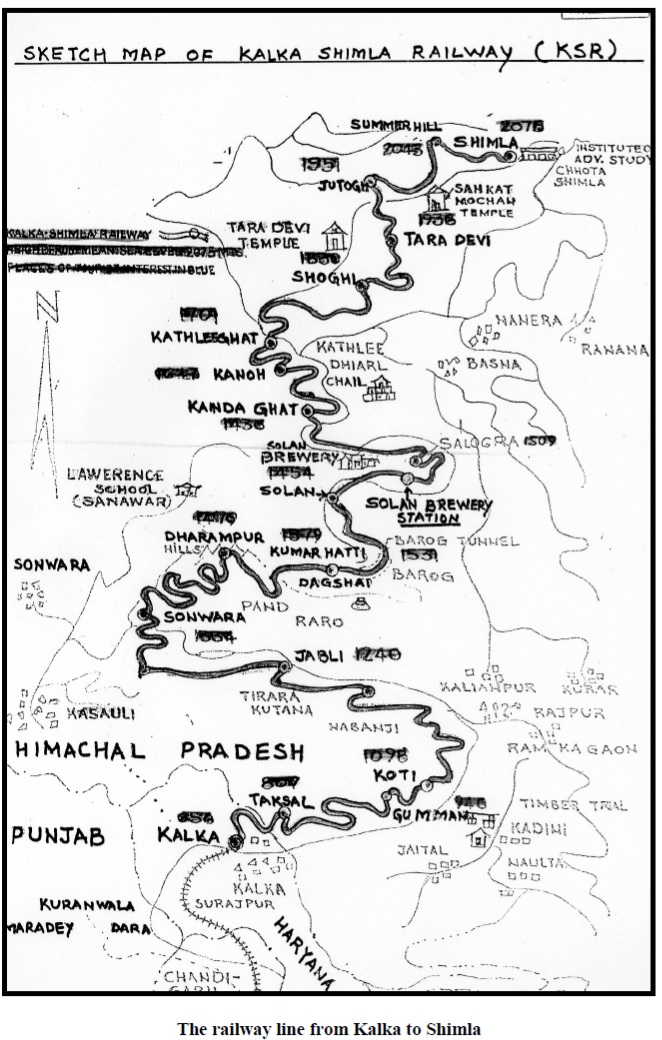 Blessed with immense beauty, Himachal Pradesh is one of the most picturesque, calm and serene states of India. Apart from the mesmerizing and breathtaking views that the state has to offer, it too has a […]

GOAL: To safeguard and conserve India’s unique natural heritage of high altitude wildlife populations and their habitats by promoting conservation through participatory policies and actions. DRAFTED BY: Project Snow Leopard Committee instituted by the Ministry […]