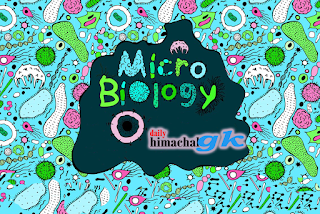 Dear Aspirants,
MSC (MICROBIOLOGY /BIOTECHNOLOGY) MCQs, MSC {LIFE SCIENCE}, it is helpful to the Entrance Exam and lab assistant Labotroy Exam HPSSSB, MSC Exams. You can also play our weekly quiz and download all quizzes PDF as well
1. The first drug discovered to treat leprosy is
(A) Rifampicin
(B) Pyrazinamide
(C) Clofazimine
(D) Dapsone
2. The term vaccine was coined by
(A) Robert Koch
(B) Walter Reed
(C) Lister
(D) Louis Pasteur
3. In following which vaccine was not discovered by Louis Pasteur
(A) Rabies vaccine
(B) Tetanus vaccine
(C) Chicken cholera vaccine
(D) Anthrax vaccine
4. Hypersensitivity phenomenon was discovered by
(A) Metchnikoff
(B) L. Pasteur
(C) Laveran
(D) Robert Koch
5. In following which bacteria was not discovered by Robert koch-
(A) Bacillus Anthracis (Anthrax)
(B) Vibrio Cholerae (Cholera)
(C) M. Tuberculosis
(D) M. Leprae (leprosy)
6. Which of the following criterion is not related to Koch’s postulates or Koch’s phenomena or Koch’s laws
(A) The bacterium should be constantly associated with the lesion of the disease.
(B) It should be possible to isolate the bacterium in pure culture from the lesions.
(C) Inoculation of such pure culture into suitable laboratory animals should reproduce the lesions of the disease.
(D) It would not be possible to isolate the bacterium in pure culture from the lesions produced in the experimental animals.
7. Who described/discovered sterilization technique, steam sterilizer, hot air oven, and autoclave
(A) Robert Koch
(B) Lister
(C) Nall & Ruska
(D) Louis Pasteur
8. Who discovered the antibiotic penicillin
(A) Alexander fleming
(B) Edward janer
(C) Waksman
(D) None of these
9. Who developed microscope first time
(A) James Paget
(B) Nall & Ruska
(C) Antony van Leeuwenhoek
(D) Kircher
10. Who developed electron microscope
(A) Twort
(B) Naul & Ruska
(C) Robert howk
(D) Robert brown
Previous Post