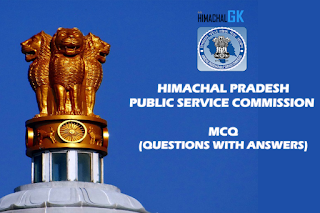 Answer
(B) Communist Party of India-Marxist

3. Right to property according to the Constitution of India is a?
(A) Fundamental Rights
(B) Directive Principle
(C) Legal Right
(D) Social Right

4. Which of the following bills cannot be introduced first in the Rajya Sabha?
(A) Bill bringing a State under the President’s rule
(B) Money Bill
(C) Bill pertaining to the removal of the President by impeachment
(D) Bill proclaiming all the State of emergency arising out of war or external aggression

Answer
(D) Votes only in case of a tie

6. Where wards Committees are found?
(A) Gram Sabha
(B) Gram Panchayat
(C) Municipalities
(D) None of the above

7. Who has the Authority to approve President Rule in the state?
(A) Parliament
(B) Lok Sabha
(C) State Legislature
(D) Council of State

8. Constitutionally, who has the power to make a law on the subject mentionable in the Union List?
(A) Lok Sabha
(B) Parliament
(C) Rajya Sabha
(D) Legislative Council

9. According to Which articles of the Indian Constitution in Hindi, In Devanagari script the official language of the Union?
(A) Article 243
(B) Article 343
(C) Article 223
(D) Article 123

Answer
(D) Election Commission
About pankaj 853 Articles
Pankaj is passionate about his work. Because he loves what he does. He is a full time blogger and also has experience in Computer as well as in Teaching Field. DHGK is the dream Project of his own Mind to help aspirants.
Website