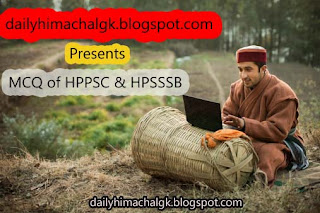 1. Which one of the following Articles empowers the President to Appoint Prime Minister of India?
(A) Article 74
(B) Article 75
(C) Article 76
(D) Article 77

Answer
(D) All of the above

7. Who is the Supreme Commander of the Armed Forces in India?
(A) The Prime Minister
(B) The Commander-in-chief
(C) The President of India
(D) Minister of Defence

Answer
(C) The President of India

10. In the National Flag, what does saffron color represent?
(A) Spirit of Renunciation
(B) Spirit of colors
(C) Spirit of Human nature
(D) None of the above

Answer
(A) Spirit of Renunciation
About pankaj 860 Articles
Pankaj is passionate about his work. Because he loves what he does. He is a full time blogger and also has experience in Computer as well as in Teaching Field. DHGK is the dream Project of his own Mind to help aspirants.
Website